Skip to content
The continuous conquest of the ecuatorian far east 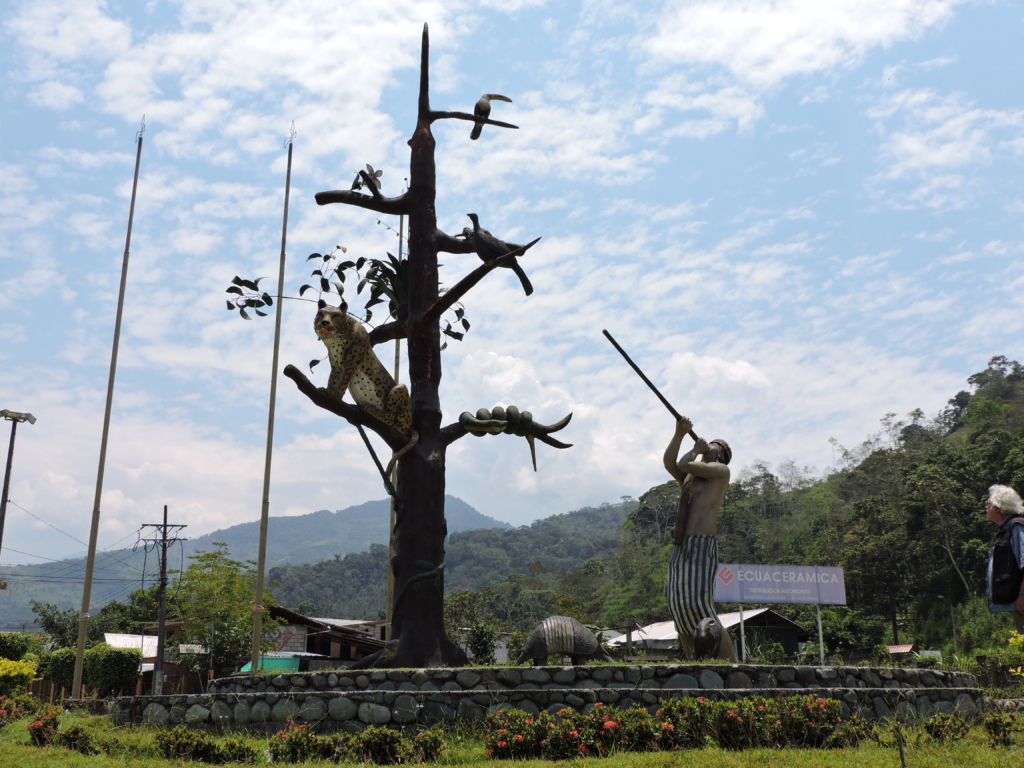 In the first context we want to historically reconstruct the nationalist imagery of Ecuador, which represents itself as an ‘Amazonian Nation’. Ecuador is the only Andean state that identifies itself with the forest (47% of the national surface), recently highlighting the indigenous peoples who live there (first of all the Shuar), despite representing a clear minority. This imaginary has its roots in a historical conflict with Peru, which over the years has resulted in a geo-political positioning ‘Amazonist’ (as opposed to the ‘Andean’ of Peru), materialized in the war of Cenepa (1995) for access to the Rio Marañon. In this historical antagonism, in the region of Morona-Santiago, which is the most exposed frontier, a process of patrimonialization of the history of the Amazonian East and its inhabitants is taking place in the name of an ill-concealed multiculturalism. Recently, in many towns of the Ecuadorian East, numerous “peacemaking” monuments have been erected, celebrating from various points of view the complex local history and its protagonists, characterized by constant processes of colonization: the Shuar, as warriors once steadfast opponents of colonization, currently instead as heroes of the Homeland who fought against the Peruvian invaders; the settlers as civilizers and founders of urban centers welcomed benevolently by the Shuar; the economy of the settlers as domesticator of the forest; the set of native populations “exposed” as repositories of knowledge of the forest, etc.. The celebratory aspects, however, clash with a history of environmental disasters and expropriation of native land by settlers, concessions to mining companies, oil and hydroelectric, U.S., Chinese, Canadian, etc.., the result of policies of a completely different orientation.